Regrets, I’ve Had a Few… 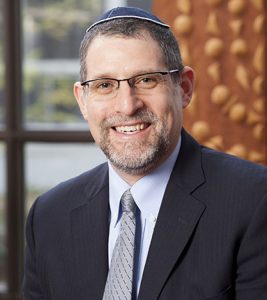 For some of you, it is not a big secret that I went to high school with the actress Jennifer Aniston. She and I actually graduated in the same year, and we even took a class together. You see, she never wore a watch, and I had one of those old-school digital Casio time-pieces. Periodically, during our class period, she would ask me the time, and I would dutifully tell her. Truthfully, I had a bit of a crush on her, but I was not under the allusion that she felt the same way. I surmised that she was out of my league. There were fleeting moments when I imagined engaging in a more substantive conversation, but I didn’t think she would give me the time of day!

At the end of the year, she signed my yearbook, which read, “Dear Josh – what would I have done without you and your watch in Mr. Walsh’s English class. But seriously…you’re a really a sweet guy.”

My Jennifer Aniston story does have a happy ending. Although I still regret not being bolder as a smitten high school student, I resolved that I would never let that happen again. Fast forward five years later, and I met my wife, Leah…yet another beauty on whom I had a crush.

Post-Aniston Josh Caruso knew that another regret might be harmful to my romantic health, and so I boldly sought out ways to know Leah, and to grow closer.

Twenty-six years later I can say that I married my crush.

My story had a nice resolution, but let’s face it…many of us do not get a second chance to rewrite the narrative of our regrets. Maybe the hardest part about having regrets is our inability to resolve them.

In his memoir, Trevor Noah wrote:

I bet there is not a person here who hasn’t thought about some regret they hold. Perhaps there were past opportunities earlier in your life, but you failed to seize on them. I imagine there were times when you wish you would have been braver and bolder and taken that chance. Maybe you did not live up to your own expectations of yourself as an ethical and just human, or perhaps you missed forging deeper connections with a beloved family member or friend who no longer is living.

I’d be lying to you if I didn’t think about my own regrets. As a recent empty-nester, I have reflected on the 24 years Leah and I spent parenting at least one child in our home.

To be honest, the humbling role of being a parent myself has tempered some of the harsher criticisms I had once directed toward my own parents in past years. Stepping in to the shoes as a dad, with the added pressure of personal and professional needs, eventually enabled me to feel a measure of compassion and understanding for the times when my own folks might not have been at their very best.

I’ve been thinking about this question: should we regret past actions – or in-actions – if we never had the capacity to understand the lasting gravity of that moment in the first place? How long must our hearts be tethered to a regret, and is there even a good reason to revisit them at all?

Focusing on regrets runs counter to what we often hear in popular culture when some proudly declare, “I have no regrets.” But tell that to those who get inked; in his book, The Power of Regret, Daniel Pink writes:

About one of every five people who get tattoos…eventually regret their decision, which is why the tattoo removal business is a $100 million-a-year industry in the United States alone. (2)

Pink even writes about one person who got “No Regrets” tattooed on his arm, only to regret it 14 years later – and had it removed!

If only we could all feel confident about our lives, signaling that our regrets were “too few to mention,” as Sinatra famously crooned. The truth for most of us, though, is that our lives are dotted with regretful moments, both big and small. They linger and accompany us on life’s uneven journey.

Perhaps there is a reason for that.

Jewish tradition is clear: it is appropriate, and even essential – to think about regrets on the High Holy Days. On Yom Kippur, we must face the times when we “missed the mark,” even unwittingly, and practice Teshuvah, which effectively calls us to examine our deeds, to mourn them, and to ultimately make a shift in our lives.

The oft-quoted 21st century rabbi, Brene Brown, wrote, “’No regrets’” doesn’t mean living with courage, it means living without reflection. To live without regret, she continues, is to believe you have nothing to learn, no amends to make, and no opportunity to be braver with your life.” (3)

As part of his Code of Law, the Mishneh Torah, Maimonides articulated the true path to Teshuvah, including that each one of us should “internalize the regret.”

Whether we like it or not, regrets are a part of life. In fact, the High Holy Day season is precisely the time when we SHOULD look back.

Daniel Pink agrees. In preparation for writing his book, he conducted an extensive survey called the American Regret Project that revealed some significant patterns.

I undertook my own, anonymous survey, sent out first to our congregation, and then to my Facebook page, which yielded many poignant responses.

The question: Describe in 1 or 2 sentences one significant regret you have.

The survey was designed to shield me from knowing the identity of the respondents. Even so, I went about this solicitation process with trepidation. Asking individuals to reflect on and submit some of the most personal details of their lives felt intrusive, but I was moved and grateful to read them all.

I followed Daniel Pink’s categorization in order to organize the findings. Pink discerned that there are four types of regret: Foundation Regrets, Boldness Regrets, Moral Regrets, and Connection Regrets.

In this category, respondents in my survey revealed how they wish they had learned a musical instrument, regret not taking advantage of opportunities offered in high school and college, or that they had not learned a new language.

In the area of Boldness Regrets, I heard from respondents who regretted opportunities missed. One remarked, “I didn’t say yes to dates with the nerdy intellectual boys when I was young. I didn’t know then what I know now — they’re the good guys.” Others reflected on not standing up to their parents, or regretted marrying their partner. One noted how they mistakenly “valued the idea of marriage and family over (their) own well-being.” Some regrets involved tolerating abuse from those who should be trusted.

One respondent sadly revealed, “I regret not telling my parents and authorities that I was groomed and sexually abused by a man with authority at my camp 45 years ago.”

The realm of Moral Regrets yielded some very poignant answers. One respondent reflected on their time not advocating for a person of color. “When I was a high school freshman,” she confessed, “I didn’t stand up to bullies on my cheerleader squad targeting an African American girl I had known since elementary school. I still regret this decades later.”

Connection Regrets were by far the category under which most responses fell – here are some responses:

It is sometimes the dashed expectations of living life in a perfectly crafted narrative that remain with us, and few are immune to this sentiment. Feeling regret is a universal experience – even God encountered it!

After God creates the heavens and the earth – and humans, too – we are taught of the Great Flood in the story of Noah and the Ark. In fact, it is the Holy One, Godself, who dispatches Scripture’s first regret.

Here’s what the text says:

Adonai saw (that) human wickedness flourished on earth, and how all plans devised by their minds were nothing but evil all the time.

And God REGRETTED (making) humans on earth, and…

Adonai said, “I will blot out from the earth the humans whom I created—humans together with beast… for I regret (ni-cham-ti) that I had made them. (4)

The text is quite telling…and reveals actual emotion coming from God’s words. It is God whose heart was saddened in the wake of regret. Why? Because God had created us in love, had hopes for us to be partners in the world, but ultimately experienced regret for doing so at all. In God’s final words of that passage, the Holy One says, “…for I regret that I had made them.” The Hebrew word for regret here is Nichamti.  Nichamti features the letters that signify “comfort.” When God’s heart was saddened it was God who provided Godself with comfort.

When we look back on regret it is a reminder that life is filled with “tiny tragedies,” (5) as musician John Mayer once put it. It is in these moments of retrospect that we, like God, must comfort ourselves and acknowledge the hurt…to make space for that loss.

Long after the biblical story of the Great Flood, and God’s regret about creating humanity, we find our people getting in trouble once again, and God is the witness, front and center.

Following the Israelites’ grievous sin in fashioning the Golden Calf, it is God who once again lifts up great anger, saying to Moses, “Now let me be that my anger may blaze forth against them and that I may destroy them…”

In an incredible biblical moment – a God moment – the Holy One, through Moses’ tempering guidance, actually abandons that very idea. The text says, “And Adonai regretted (the inclination of) punishment planned for God’s people.”

In his own sermon on regret, Rabbi Aaron Alexander understands God’s change of heart as a shift in perspective, and a shift from regret in God’s initial reaction to a posture of understanding. We learn, through God’s own experience of regret, that we can grow from it. (6)

Don’t dwell on regrets, but also don’t be afraid of them; they help make us more human. (7)

Back to the famous story of the Golden Calf. You may recall that Moses comes down the mountain with the two tablets inscribed by God. Unbeknownst to Moses, the Israelites had built a false god made of gold. The Torah famously teaches that Moses threw down the holy tablets in anger, and they shattered. Rabba Sara Hurwitz points out that when Moses went back up the mountain to secure the second set of tablets, it was actually Moses who fashioned them, not God.

Rabba Hurwitz unpacks the nature of that second set of tablet, and teaches that:

The laws are the same, but the first (tablets) that contained the laws (were) shattered, to make room for a new one—one, which ultimately would become sustained, used and kept by the Jewish people.

It is the regretful tragedy of the Golden Calf episode that created a second chance for our people.

The perfect tablets fashioned by God were broken, but the second set were created by human hands. As Rabba Hurwitz puts it, “our most unique gifts and strengths often derive from our very weaknesses and vulnerabilities.”

Regrets are an opportunity to clarify what is important to us. They can propel us towards making different choices, fashioning a new narrative, repairing what may have been broken. They can help us build the next chapter of our lives more in keeping with our values.

May we all find the resilience and fortitude to move past our regrets, taking with us what we’ve learned.

And may we all be written and inscribed for another year of a life well-lived.

[2] Daniel Pink, The Power of Regret

[3] Brené Brown, Rising Strong: The Reckoning. The Rumble. The Revolution